This is because in life I learned early on that owning a business, provides a profit or loss and a profit always is better than a salary.

Then people say, what's the deal with the radio show.......as best as I can remember, I have always wanted to be on the radio.  As I explained to some muscle car enthusist that are staying at the same hotel as I am, for the Barret Jackson auto auction, some people get a rush putting on a helmet and traveling at high rates of speed, others like to play golf or jump out of an airplane, I love to put on head phones and get close to the microphone.

It is hard to explain the feeling I get when I am in front of a microphone.  One thing is for sure, for those that share the same feeling, they understand.  As Larry King put it best, he has been quoted many times as saying, " I always wanted to be on the radio."

I am starting out on the internet, since I believe that is the future of  Radio.  While I am in Las Vegas, the I Heart Radio event is going on  at MGM.  Sponsored by Clear Channel, this event is to introduce I Heart Radio to the world.  I Heart is similar to Pandora.  The future of Radio is definately on the web.

I am starting my show as a Podcast, but eventually plan to take it on the internet as a traditional call in show, in hour segments.  The show is currently available on Itunes and published on this blog as well as on LifeCoachRadio.com 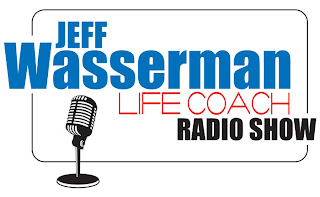